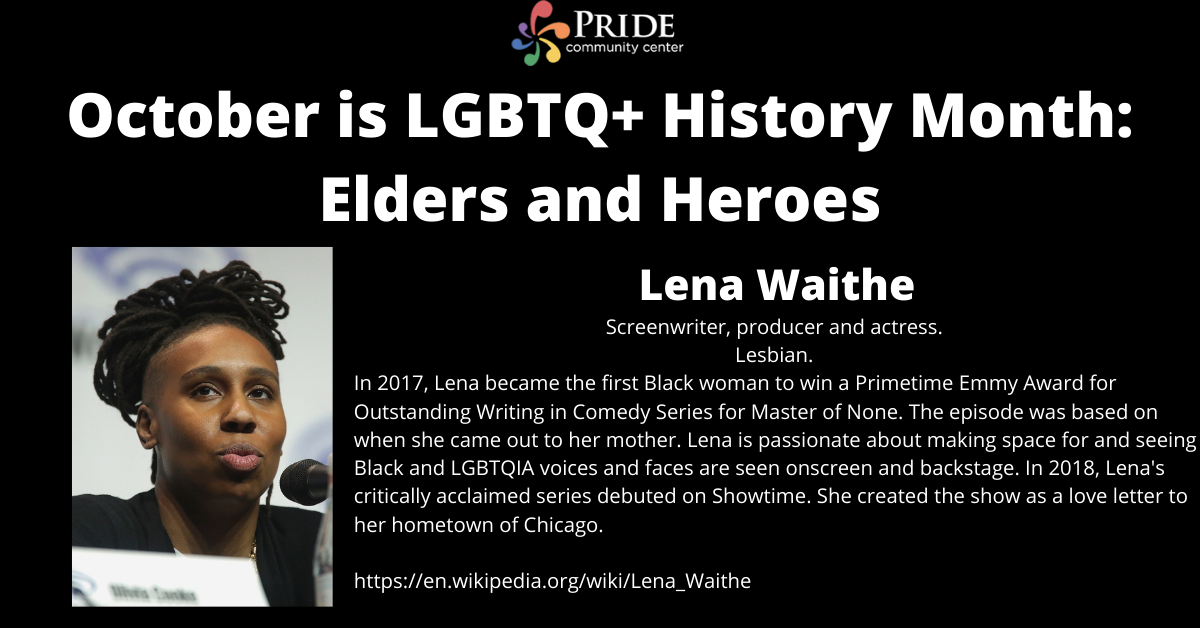 Today Pride Community Center celebrates one of our elders and sheroes

In 2017, Lena became the first Black woman to win a Primetime Emmy Award for Outstanding Writing in Comedy Series for Master of None. The episode was based on when she came out to her mother. Lena is passionate about making space for and seeing Black and LGBTQIA voices and faces are seen onscreen and backstage. In 2018, Lena’s critically acclaimed series debuted on Showtime. She created the show as a love letter to her hometown of Chicago.