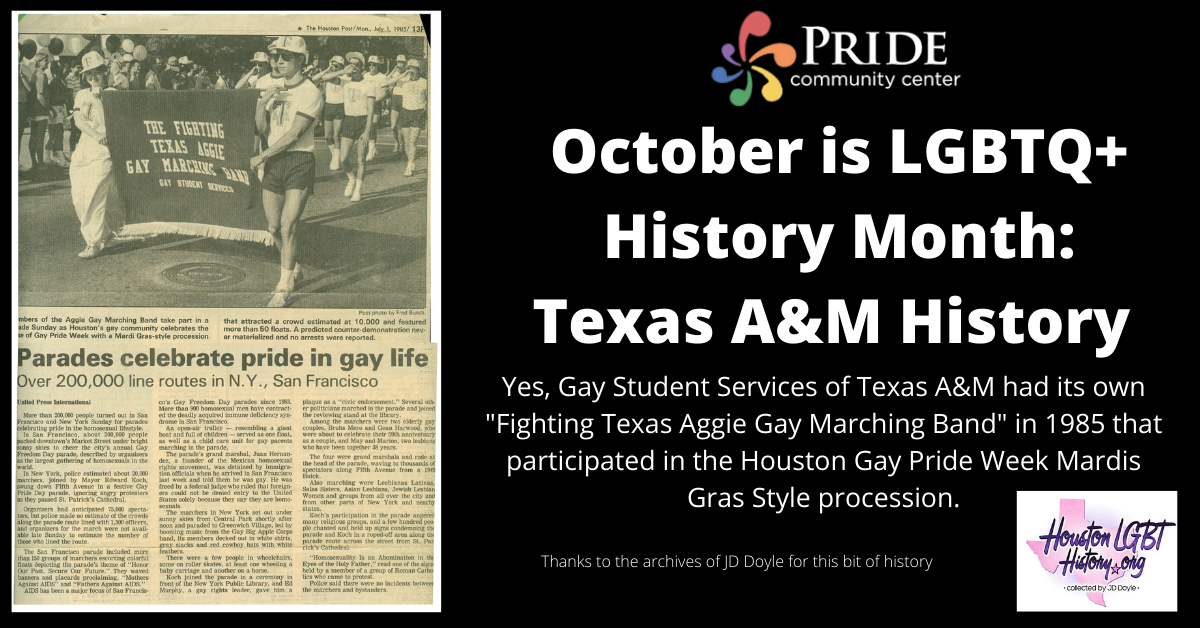 October is LGBTQ+ History Month
Pride honors today with this tidbit of Texas A&M History
Thanks to JD Doyle and http://www.houstonlgbthistory.org/ for this archival material.

Photo caption: “Members of the Aggie Gay Marching Band take part in a parade Sunday as Houston’s gay community celebrates the …of Gay Pride Week with a Mardi Gras-style procession that attracted a crows estimated at 10,000 and featured more than 50 floats. A predicted counter-demonstration never materialized and no arrests were reported.”