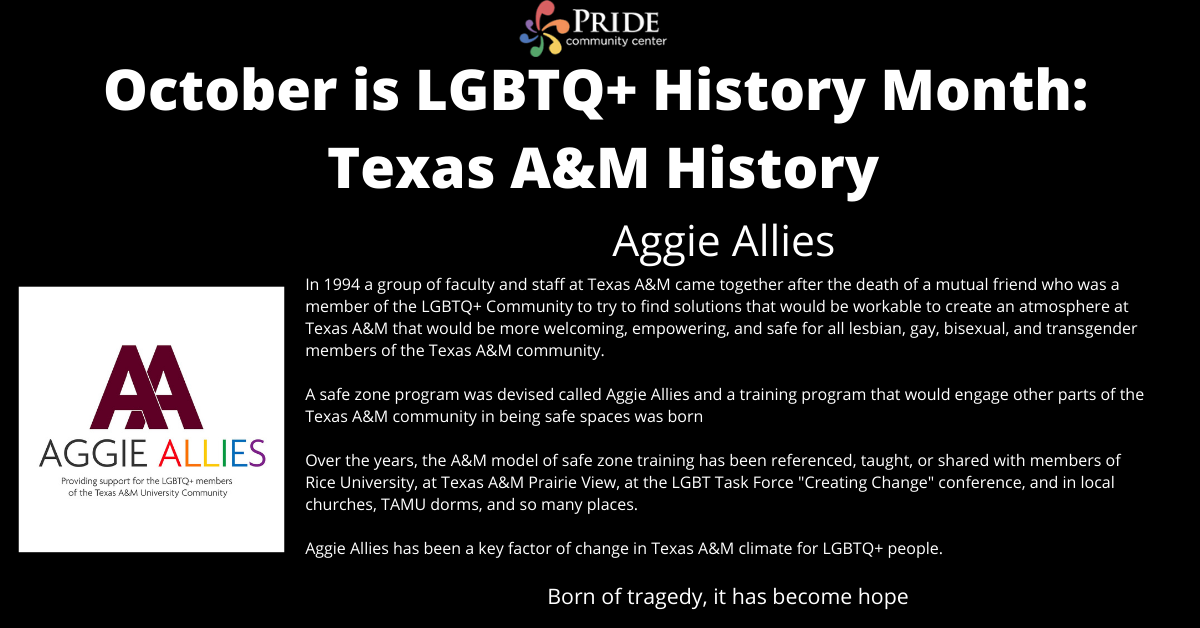 In 1994 a group of faculty and staff at Texas A&M came together after the death of a mutual friend who was a member of the LGBTQ+ Community to try to find solutions that would be workable to create an atmosphere at Texas A&M that would be more welcoming, empowering, and safe for all lesbian, gay, bisexual, and transgender members of the Texas A&M community.

Over the years, the A&M model of safe zone training has been referenced, taught, or shared with members of Rice University, at Texas A&M Prairie View, at the LGBT Task Force “Creating Change” conference, and in local churches, TAMU dorms, and so many places.

Aggie Allies has been a key factor of change in Texas A&M climate for LGBTQ+ people.

Born of tragedy, it has become hope